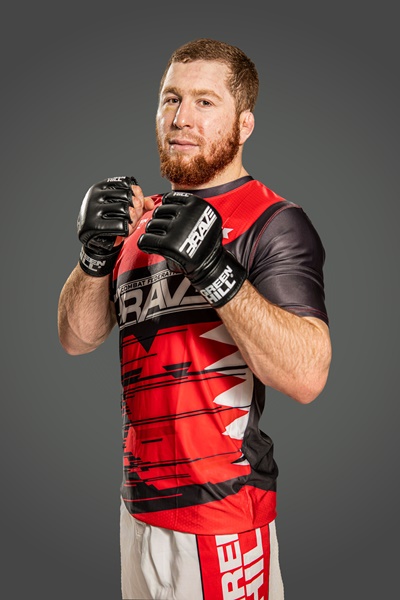 Murtaza Talha Ali, 26, of Bahrain will make his BRAVE Combat Federation debut at “BRAVE CF 45.” After enjoying a career as one of the biggest amateur talents in the world, he is now saying goodbye to the amateur ranks as the number one ranked fighter in his weight class as well as the number six pound-for-pound amateur athlete.

BRAVE CF president Mohammed Shahid has followed Talha’s road all the way from his beginnings in MMA. The former said the latter is the best talent he has ever seen and even compared him to one of the professional footballers.

“He is going to conquer the world of MMA,” Shahid said of Talha. “This is my hunch after seeing the extent of his dominance in the amateur scene. He could be the (Lionel) Messi of MMA.”

Training out of KHK MMA in Bahrain, Talha will make his professional MMA debut at “BRAVE CF 45” at the Bahrain National Stadium in East Riffa, Bahrain on November 19, 2020. He will fight Vadim Litvin, 26, of Belarus in the light heavyweight division.

Through BRAVE CF, Shahid has been responsible for the rise of top athletes in the world of MMA, such as Khamzat Chimaev, Ilia Topuria, Johnny Walker and Guram Kutateladze, among others. All of these men have been given their first taste of international action through BRAVE CF.

From Shahid’s perspective, Talha will go on to have an even more powerful career than the internationally known MMA fighters who started their career in BRAVE CF. But Talha’s ascent to the top has not been without challenges as he suffered a serious hand injury and was forced to stay away from competition for a year.

“After a span of time when he was virtually unchallenged, he participated in the world sambo championship but he fell and sustained a serious hand injury,” Shahid said of Talha. “He had to take a year off to recover. Just when everyone started to forget about him, he comes back and destroys everyone all over again and become world champion yet again. He is going to be a global star.”