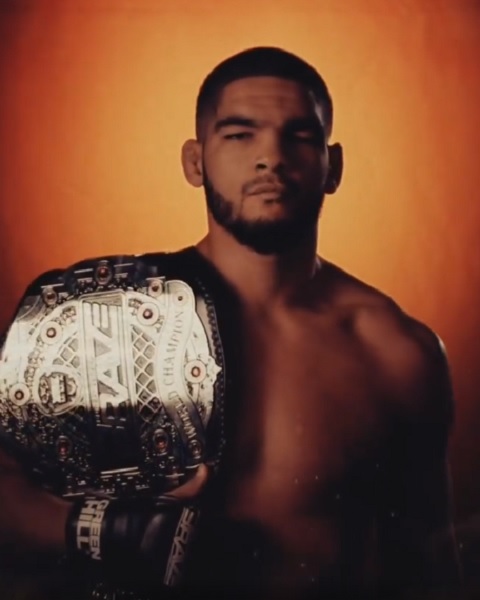 Amin “Fierceness” Ayoub, 24, of Nantes, France has named his potential challengers just days after becoming the new lightweight champion of Bahrain-based mixed martial arts promotion BRAVE Combat Federation. Among them are Rolando “The Incredible” Dy, 29, of the Philippines, Ahmed “The Butcher” Amir, 29, of Egypt and Sam Patterson, 23, of England.

Ecstatic after the win, Ayoub spoke about his feelings in becoming a world champ and the hard and long camp to get to fight night. While the  new coronavirus (COVID-19) pandemic put some of his training on hold, he was happy and felt blessed to be able to fight and earn a championship in these trying times.

Ayoub was originally set to fight Luan “Miau” Santiago, 24, of Curitiba, Parana, Brazil in Balneário Camboriú, Santa Catarina, Brazil on March 28, 2020. However, the event was cancelled because of the pandemic.

‘’You know, because of COVID-19, there was a lockdown in France and we were supposed to fight Luan Santiago before and then all these things happened and I had to keep my eye on the prize throughout,” Ayoub said. “But our camp was very good for this fight and I knew Cleiton would be tired and I would be able to capitalize on it.”

As several new title challengers arise to perhaps maintain the curse of the BRAVE CF Lightweight World Championship title, which has yet to be defended successfully, Ayoub is not focused on anyone particularly. He said, ‘’I know we have several people that can fight for the title now.”

“You have Sam Patterson, who knocked out Felipe Silva, Rolando Dy fought well and beat John Brewin,” Ayoub continued. “We also have Ahmed Amir coming off lots of wins but now I need to enjoy this. I feel good. I feel like a king and the king is waiting for people to come to his throne.”