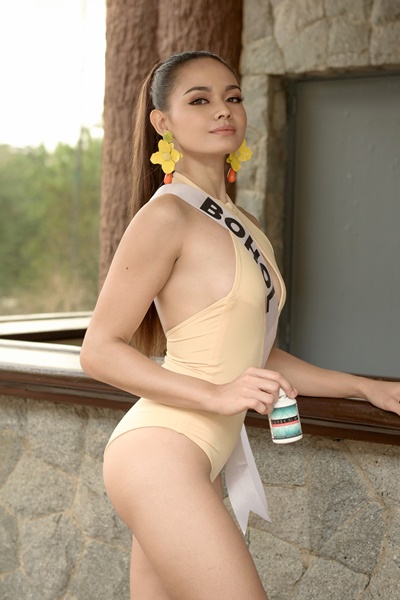 Pauline Cucharo Amelinckx, 24, of Bohol, Philippines stood out during the preliminary round of Miss Universe Philippines 2020, which took place at the Cordillera Convention Hall of Baguio Country Club in Baguio City, Philippines on October 23, 2020. She won four of the nine awards given that evening.

At the end of the event, Alves announced the winners of the special awards, some of which were presented by sponsors. Michele Gumabao, 27, of Quezon City, Metro Manila, Philippines and Tracy Maureen Perez, 27, of Cebu City, Philippines were named Miss MG Philippines and Miss Photogenic, respectively.

Maria Ysabella Roxas Ysmael, 24, of Parañaque City, Metro Manila was Best in Evening Gown, which was presented by Verzosa Aesthetic Clinic, while Lou Dominique Piczon, 24, Mandaue, Philippines was Best in National Costume. Prior to the preliminary round, Piczon was named Best in Runway.

Amelinckx bagged the Face of the Universe Award, which was presented by Frontrow Luxxe White. She won the approval of three more sponsors as she was chosen as Miss Creamsilk, Miss Downy Sweetheart and Miss Cetaphil Sun.

The Miss Universe Philippines 2020 coronation night will take place at the Cordillera Convention Hall of Baguio Country Club on October 25, 2020. Hosted by KC Montero, it will air on GMA Network.

Miss Universe Philippines 2019 Gazini Ganados will crown her successor at the end of the evening. The new queen will be the first ever representative of the Philippines crowned in a standalone national beauty pageant.

Crowned on June 19, 2019, Ganados was the last Miss Universe Philippines who won in the Binibining Pilipinas beauty pageant. In 2017, she was runner-up to Amelinckx at the Miss Bohol competition.