Aleksi “The Giant” Toivonen, 28, of Finland and Reece “Lightning” McLaren, 29, of Australia will co-headline “ONE: Reign of Dynasties.” Their fellow ONE Championship flyweight Danny “The King” Kingad of the Philippines shared his thoughts about the upcoming match.

Featuring five mixed martial arts matches and one Muay Thai title bout, “ONE: Reign of Dynasties” will take place at the Singapore Indoor Stadium in Singapore on October 9, 2020. The flyweight contest between McLaren and Toivonen will be the last MMA match.

“This will definitely be an exciting bout to watch,” Kingad said. “Both athletes are very good on the ground and this may prove who has the better grappling game between the two. Who knows, maybe I will meet the winner down the line at some point. That’s why I’ll be watching this fight closely.”

Training out of Team Lakay in La Trinidad, Benguet, Philippines, Kingad faced McLaren at “ONE: Dawn of Heroes” in Pasay City, Metro Manila, Philippines on August 2, 2019. The Australian MMA fighter stepped in to replace the Kairat “The Kazakh” Akhmetov of Kazakhstan, who was injured, in the semifinal round of the ONE Flyweight World Grand Prix. 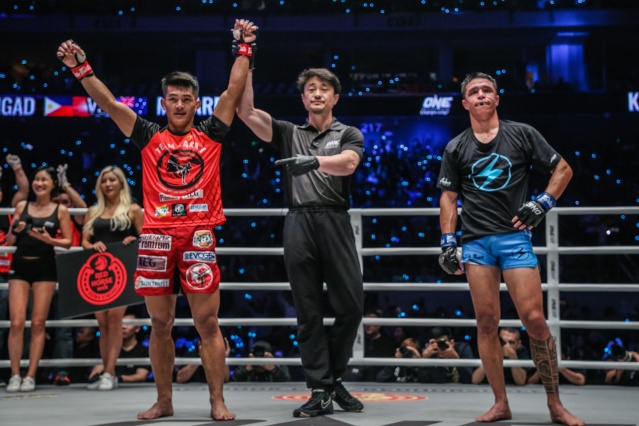 Kingad defeated McLaren via split decision. The Team Lakay product recalled, “Back when I faced Reece, I knew instantly his skill on the ground.”

“He is such a difficult matchup for anyone,” Kingad said of McLaren. “I had to focus on my submission defense against a Brazilian Jiu-Jitsu black belt. It was dangerous at every moment.”

“Reece is a very smart fighter,” Kingad continued. “He knows how to take you down and submit you. His striking is somewhat of a weakness but you can’t underestimate anybody in this game.”

“Reece’s ground game is so good,” Kingad added. “His lack of striking hardly matters. Once he gets you down, he will work every second to finish.”

Currently, Kingad and McLaren rank number two and number five, respectively, in the official rankings of ONE Championship flyweights while Toivonen is unranked. The Team Lakay warrior shared, “From what I can tell, Aleksi is also a great grappler but training with the world champions at Evolve MMA, many of whom are boxing and Muay Thai world champions, Aleksi should have a better standup game.”

“This is going to be a close one,” Kingad continued. “A lot is riding on this matchup. I can’t say for sure who’s going to win this one because it’s so close but I’m leaning towards this fight going the distance.”

“It’s just two skilled guys playing a game of high-level chess inside the circle,” Kingad added. “It should be fun to watch.”