Superlek Kiatmoo9 vs Fahdi Khaled at ‘ONE: A New Breed 2’ in Bangkok, Thailand 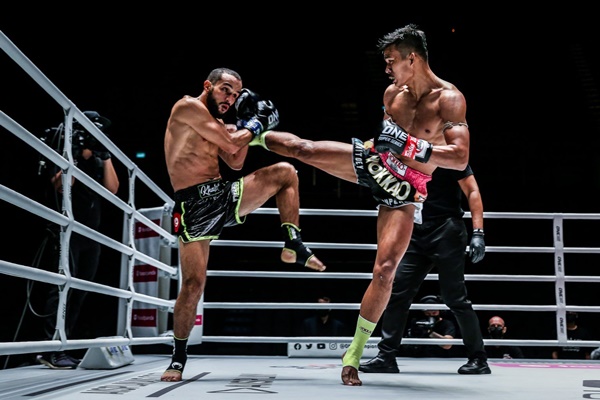 Singapore-based martial arts promotion ONE Championship returned with another spectacular evening of world-class martial arts action. Broadcast on September 11, 2020, “ONE: A New Breed II” is a previously recorded, closed-door event in Bangkok, Thailand.

The first round started out with furious exchanges at the center of the ring with Khaled connecting on a wild left hook that stunned Superlek momentarily. In the second round, the Thai contender continued his kicking onslaught as his Tunisian opponent opted to box and counter.

In the final round, Superlek did just enough to sway the result in his favor, punishing Khaled consistently with his piston-like kicks. In the end, all three judges scored the bout in favor of the Thai contender to win by unanimous decision.