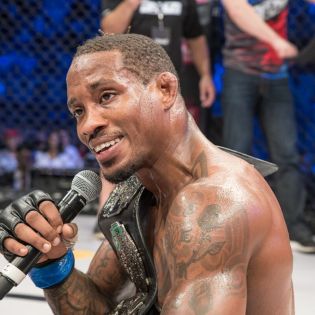 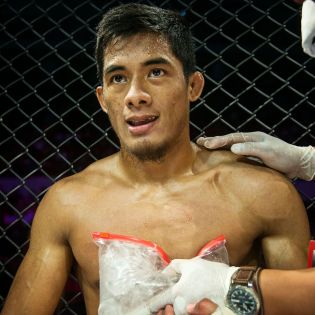 Brave Combat Federation is toying with the idea of having its first ever bout between two reigning champions. On May 29, 2019, the Bahrain-based mixed martial arts promotion took to Instagram to post a photo pitting Bubba “Bad Man” Jenkins, 30, of the United States against Stephen “The Sniper” Loman, 23, of the Philippines.

Reigning as the Brave CF Featherweight World Champion, Jenkins is looking to make history for the promotion as he aims a double title reign. He has set his eyes on Loman and has not been shy in pursuing the superfight.

Training out of Team Lakay in Baguio City, Philippines, Loman is the reigning Brave CF Bantamweight World Champion. Before Loman defended his belt successfully for the third time, Jenkins had already called out the Filipino hero and doubled down on his challenge recently.

After the Brave CF fans voiced their wishes for the fight to materialize on the promotion’s Instagram profile, Jenkins commented that he would be willing to step up. He asked the organization to “sign him up” and give him a time and a date for a superfight.

Jenkins became the Brave CF Featherweight World Champion by dominating Elias “Smile” Boudegzdame, 25, of France and Algeria in the co-main event of “Brave 16” in Abu Dhabi, United Arab Emirates in 2018. The 2011 Division I All-American Champion used his world-class wrestling to stifled the French-Algerian fighter’s submission game en route to a unanimous decision victory and the fulfillment of his greatest dream, a world title in MMA.

Now, Jenkins wants a new belt and will look to derail Loman’s amazing title run. The Team Lakay fighter is undefeated under the Brave CF banner with five wins in as many bouts.

In Loman’s Brave CF debut, he defeated Frans “The Black Mamba” Mlambo, 27, of Ireland. The Filipino champ went on to grab the inaugural Brave CF Bantamweight World Championship title against Gary “Saint Lion” Mangat, 32, of Canada at “Brave 9” in 2017 and defended the throne twice in 2018 with a rematch against Mlambo and by outpointing world-class striker Felipe Efrain, 25, of Brazil.

Loman then passed his greatest test with flying colors by dominating and knocking out Boudegzdame, who went down a weight class to challenge for the bantamweight title. The Team Lakay fighter beat his French-Algerian challenger at “Brave 22” in the Philippines.

Meanwhile, here is a clip from the “Brave 22” bout between Loman and Boudegzdame: