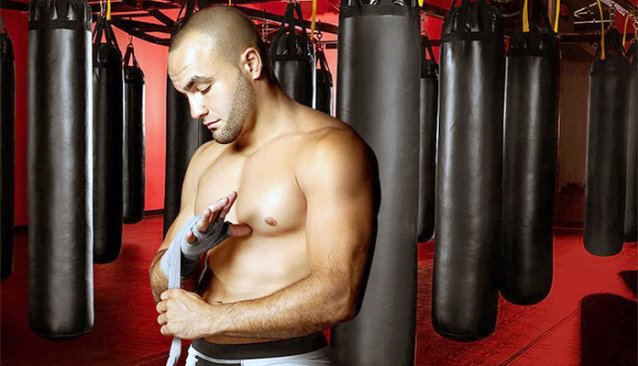 Multiple-time Lightweight Mixed Martial Arts World Champion Eddie “The Underground King” Alvarez is on a mission for the ONE Lightweight World Title. The title is currently held by Eduard “Landslide” Folayang, who is training out of Team Lakay in Baguio City, Philippines.

Since joining ONE Championship in 2018, Alvarez has made his plans to go after the belt crystal clear. As he finally makes his ONE Championship debut this 31 March at the Ryogoku Kokugikan in Tokyo, Japan, his goal comes even closer in proximity.

On the main card of ONE: A NEW ERA, Alvarez faces Russian knockout artist Timofey Nastyukhin in a quarter-final bout of the highly-anticipated ONE Lightweight World Grand Prix. The American is quick to remind fans of his success rate in the tournament format.

“I have traveled the world in the last 15 years fighting the best guys I can get my hands on everywhere,” Alvarez said. “I have won every single World Title from every major organization and ONE Championship is the only organization that I don’t have their World Title.”

Alvarez has indeed traveled the world and has defeated some of the biggest names in mixed martial arts. The 35-year-old owns victories over the likes of Shinya Aoki, Roger Huerta, Gilbert Melendez, Anthony Pettis, Rafael Dos Anjos, and Justin Gaethje.

Moving halfway across the world to showcase his skills in Asia, Alvarez acknowledges the talent level in ONE Championship, and is not underestimating the competition. He knows exactly what he is up against, having competed in Asia early in his career. Nevertheless, “The Underground King” fully expects to add another World Title to his trophy case.

“I am coming here to win my World Title,” Alvarez said. “I have made some space on my shelf for the ONE Championship belt. I know the fighters are tough and this group understands the integrity of the sport and what it means to be a martial artist and I want to be a part of that.”

Alvarez takes the first step towards the ONE Lightweight World Title at ONE: A NEW ERA. If he can defeat Nastyukhin, Alvarez will advance to the semi-final round where fellow American Lowen Tynanes is waiting.

Tynanes absolutely smashed the Philippines’ Honorio “The Rock” Banario earlier this year to advance in the tournament, and could be another tough test for Alvarez. However, Alvarez is not looking past his Russian opponent at the moment, and says he had himself asked for an opponent of Nastyukhin’s ilk for his ONE debut.

“Like I said before, I’ll fight anyone, whoever the baddest, toughest, most dangerous guy that’s who I want,” Alvarez concluded. “Take me to him and we will have a good fight.”

“ONE: A New Era” is the first ONE Championship event to be held in Japan. In the main event, Folayang will defend his belt from Shinya “Tobikan Judan” Aoki, 35, of Japan in a rematch.

Meanwhile, here is Alvarez in a recent ONE Championship open workout in Tokyo:

Tagged as: Eddie Alvarez, Eduard Folayang, ONE Championship, ONE: A New Era