To earn 2nd Brave CF belt, Elias Boudegzdame has to beat Stephen Loman at ‘Brave 22: Storm of Warriors’ in the Philippines 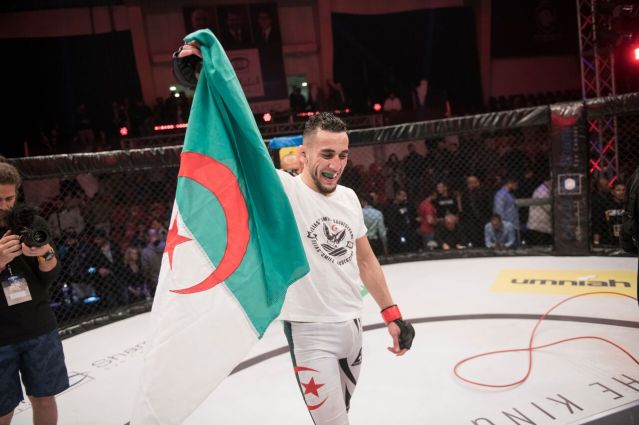 In order to do that, however, Boudegzdame will have to take on a fighter known for his wrestling prowess, which was his undoing in his last bout. The Filipino defending champion is the first ever Brave CF champion to successfully defend his title twice in a row after winning at “Brave 18.”

Boudegzdame would have been the first ever Brave CF champion  with two successful consecutive title defenses at “Brave 16.” However, he lost his Brave CF Featherweight Championship title to his American challenger Bubba Jenkins.

Loman is a similar athlete to Jenkins. With this in mind, Boudegzdame vowed to make the necessary improvements to shock the Filipino crowd.

Originally from Algeria, Boudegzdame is fighting out of Montpellier, France. “Brave 22: Storm of Warriors” marks his fifth Brave CF bout.

Loman is also competing in Brave CF for the fifth time at “Brave 22: Storm of Warriors.” He is the longest reigning champion of the Bahrain-based MMA promotion.

A win over Boudegzdame could very well cement Loman as a Filipino sports legend after conquering the rest of the world, with appearances in Bahrain and Northern Ireland as well as wins over tough Brazilian and Irish fighters. Meanwhile, here is a clip featuring the French-Algerian MMA fighter: