Japan vs South Korea: Daichi Takenaka, Kevin Chung fight at ‘ONE: Destiny of Champions’ in Malaysia 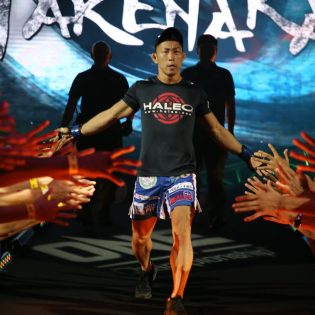 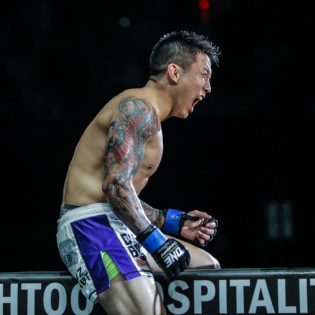 *UPDATE: This bout was cancelled.

Japan, South Korea and the United States will be among the 18 countries that will be represented at “ONE: Destiny of Champions” on December 7, 2018. The fight card will feature nine mixed martial arts matches and four Muay Thai contests.

ONE Championship will hold “ONE: Destiny of Champions” at the Axiata Arena in Kuala Lumpur, Malaysia. In the 11th bout of the evening, Daichi Takenaka, 28, of Osaka, Japan will face Kevin “Oldboy” Chung, 25, of South Korea and the U.S.

Chung is a multiple-time Brazilian Jiu-Jitsu gold medalist. His first exposure to martial arts was taekwondo and he later added wrestling and BJJ to his arsenal when he was in high school.

Training under the esteemed Leo Dalla in Virginia, USA, Chung began competing in Jiu-Jitsu tournaments and realized he wanted to test his skills in mixed martial arts as well. After a handful of amateur bouts, the Korean-American fighter then made his professional debut in 2015 just after turning 22, rattling off four consecutive victories.

Chung has trained with ONE Middleweight and Light Heavyweight World Champion “Burmese Python” Aung La N Sang, 34, of Myanmar at Crazy 88 Jiu-jitsu. “ONE: Destiny of Champions” marks Chung’s third ONE Championship bout and he is the only South Korean athlete on the card.

Takenaka is a Shooto Pacific Rim Featherweight Champion. Growing up in Osaka, he began training in BJJ after discovering it by playing video games and not long after, he made his professional debut and won a Shooto rookie tournament in just his third appearance.

The Osaka rattled off nine consecutive wins with six stoppages, five of those inside the opening stanza, to make it to the global stage of ONE Championship. He is entering the cage at “ONE: Destiny of Champions” as an undefeated fighter.

“ONE: Destiny of Champions” marks Takenaka’s second ONE Championship bout. He, Mei “V.V” Yamaguchi, 35, of Tokyo, Japan and Yuki “Yu-King” Niimura, 35, of Saitama, Japan are the only Japanese fighters on the card.

Takenaka and Chung will compete in an MMA bout in the bantamweight division.

“ONE: Destiny of Champions” Main Events

In the co-main event of the evening, Agilan “Alligator” Thani, 23, of Malaysia and Kiamrian Abbasov, 25, of Kyrgyzstan will compete in an MMA match in the welterweight division.

In the main event, Yodsanklai “The Hero” IWE Fairtex, 32, of Thailand takes on Luis “Macaco” Regis, 33, of Australia in a ONE Super Series Muay Thai contest in the featherweight division.

Ticket information for ONE: DESTINY OF CHAMPIONS is available at www.onefc.com.

Tagged as: Daichi Takenaka, Kevin Chung, ONE Championship, ONE: Destiny of Champions