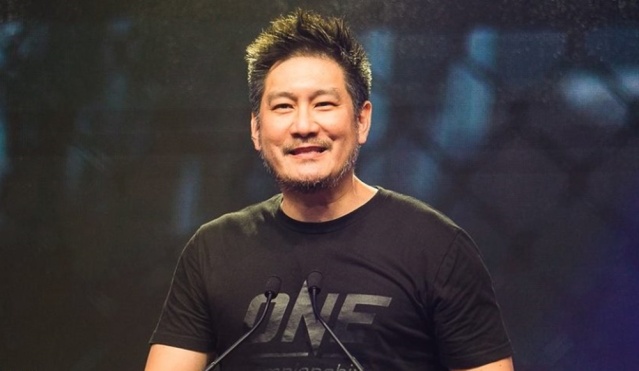 ONE Championship chairman and CEO Chatri Sityodtong was one of the panelists during the “ONE: Heart of the Lion” press conference at the Marina Bay Sands Expo and Convention Center in Singapore. ONE eSports was officially launched during the event.

“Our mission is to celebrate Asia’s eSports heroes on the global stage,” Chatri stated. “The establishment of ONE eSports transforms ONE Championship into Asia’s largest producer of millennial sports content.”

A joint venture of ONE Championship and Dentsu Inc., ONE eSports will make be introduced in 2019. Top industry players Razer and Singtel have entered into partnership memorandum of understanding with ONE eSports to lead Asia’s eSports industry together.

“It is with great excitement that I announce ONE eSports, Asia’s largest global eSports Championship Series,” Chatri stated. “We see a natural crossover between martial arts and gaming fans in Asia and an opportunity to bring them together under Asia’s home of millennial live sports.”

Featuring multiple blockbuster game titles across Asia, ONE eSports will hold events alongside ONE Championship martial arts events in 2019. ONE Championship will have 30 events in 2019 across iconic Asian cities including Singapore, Bangkok in Thailand, Tokyo of Japan, Seoul of South Korea, Jakarta of Indonesia, Shanghai and Beijing of China, Manila of the Philippines, Kuala Lumpur of Malaysia and Ho Chi Minh City of Vietnam.

Tagged as: Chatri Sityodtong, ONE Championship, ONE eSports