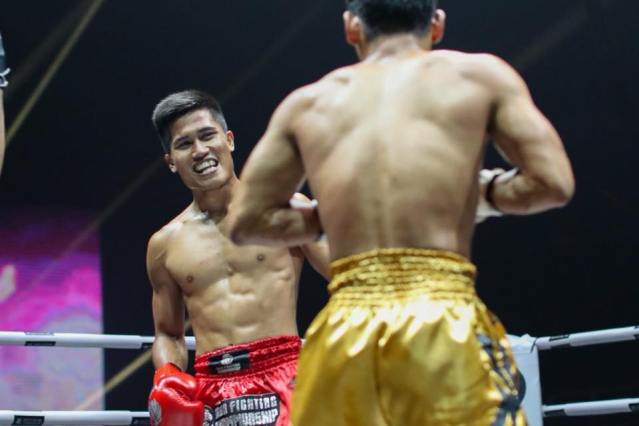 Ryan “Filipino Assassin” Jakiri, 26, of Zamboanga City, Philippines, will make his ONE Super Series debut at “ONE: Pursuit of Greatness” at the Thuwunna Indoor Stadium in Yangon, Myanmar on October 26, 2018. He will take on Han Zi Hao, 23, who is from China but now based in Thailand.

Han has the advantage in youth and experience on paper. But Jakiri believes that he will be ready for anything that the Thailand-based Chinese dynamo has to offer.

“I do not think Han Zi Hao offers anything I have not seen,” the Zamboanga City native pointed out. “I need to be ready for his fast hands, but otherwise, I do not think he is superior to me in any aspect.”

“I think he and I are stylistically similar,” Jakiri said of Han. “So, I am looking to prevail over him with the improvement I have been making in my game.”

As a fighter, Jakiri is known for his calculated but aggressive offense. His status will be elevated as one of ONE Super Series’ top bantamweight kickboxers if he has his hand raised in triumph against a top-tier foe like Han at “ONE: Pursuit of Greatness.”

“I will fight anyone as long as it will lead me to the top of my weight class,” Jakiri said. “I am dedicated on making the most of any opportunity that ONE Championship grants me.”

Competing in the world’s premier martial arts organization, Jakiri finds himself on the perfect stage to achieve his dream of global stardom. He noted, “My goal is to win my bout in ONE Super Series on Friday.”

“I am here for a reason and a purpose,” the Filipino fighter added. “While it’s a great feeling to represent the Philippines on the international stage, it’s also a big opportunity for me to reach for the stars and turn my dreams into reality.”

Meanwhile, watch one of the bouts during the ONE Super Series debut here: