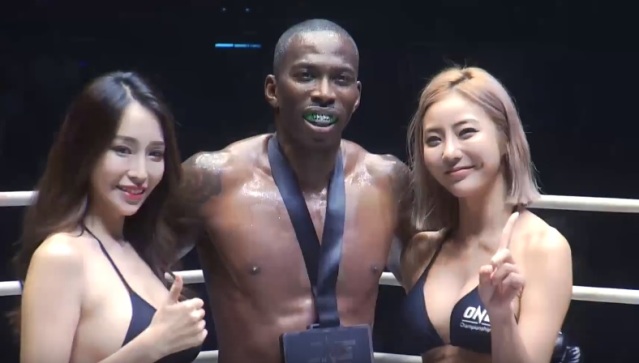 On October 6, 2018, Anthony “The Assassin” Njokuani, 38, of Nigeria and the United States made his debut in ONE Championship’s striking-only league ONE Super Series. He was the only Nigerian athlete who competed at “ONE: Kingdom of Heroes” at the Impact Arena in Bangkok.

“ONE: Kingdom of Heroes” featured eight ONE Super Series contests and six mix martial arts bouts. In the 10th bout of the evening, Njokuani competed in a kickboxing bout in the lightweight division against Andy “The Destroyer” Souwer, 35, of Amsterdam, Netherlands.

After three three-minute rounds, the kickboxing lightweight bout between Njokuani and Souwer was left in the hands of the judges. In the end, referee Atsushi Onari raised the hand of the Nigerian-American contender as the winner via split decision.

The win at “ONE: Kingdom of Heroes” improved Njokuani’s professional record to 26 wins and 1 loss. On the other hand, Souwer now has  160 wins, 21 losses and 1 draw.

Watch the “ONE: Kingdom of Heroes” livestreaming here:

Tagged as: Andy Souwer, Anthony Njokuani, ONE Championship, ONE Super Series, ONE: Kingdom of Heroes