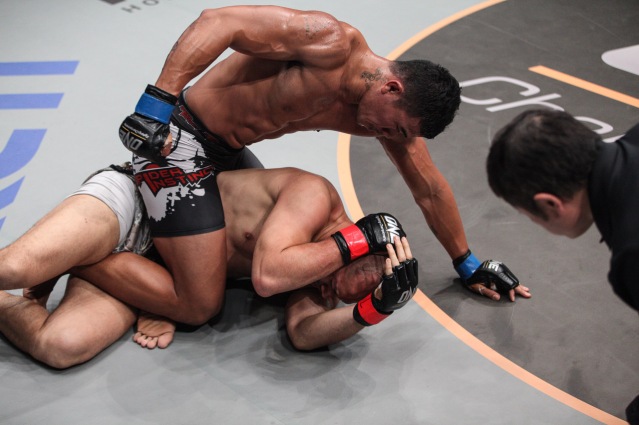 Trestle “Jun Minion” Tan, 33, has been juggling different day jobs in several countries across Southeast Asia, including Vietnam, Malaysia and Singapore. Aside from being a prizefighter, he also works as a trainer at a high-end martial arts training facility in Ho Chi Minh City, Vietnam.

Hailing from Cebu City, Philippines, Tan has been working as an overseas Filipino worker (OFW) for almost six years. He said, “It was hard at first because I had to set aside what I wanted, but I know that my family back home is my priority.”

Tan is no different from a regular OFW because he gave up his personal dream in order to give his household a better life. The Cebu City native explained, “I chose to work abroad and try to give them a good life.”

With the goal of getting a decent job so as to provide their families with comfortable lives, numerous Filipinos leave their homeland every year in search for greener pastures abroad. Many Filipinos take the risk with the idea of better opportunities in other countries even if it means separation from their family and loved ones, and often, even their dreams.

“It’s difficult because I wouldn’t see my family and friends for a very long time,” Tan shared. “I just kept on reminding myself that all would be worth it someday.”

Although Tan was forced to leave the Philippines to work abroad to be his family’s breadwinner, his peers took notice of his exceptional talent, encouraging him to lace up a pair of gloves and compete professionally. After eight bouts in the regional mixed martial arts leagues, he had the chance to strut his wares on the global stage when he signed with ONE Championship in 2015.

“They believed in me and supported my dream. I am forever grateful for that,” he conceded. “It was difficult as expected, but I wanted​ to turn this dream into a reality. I chose to endure. I just pushed harder every single day.”

On June 13, 2018, Tan will compete in ONE Championship for the fourth time. He and “Crazy Dog” Park Dae Sung, 25, of Seoul, South Korea will compete in a catch weight of 80kg at “ONE: Pursuit of Power” at the Axiata Arena in Kuala Lumpur, Malaysia.

The last time Tan won in the cage was on February 20, 2016 at “ONE: Tribe of Warriors” at the Istora Senayan in Jakarta, Indonesia where he submitted Djatmiko Waluyo, 35, of Mexico via a rear naked choke. Watch the bout here: