Sabah’s Eddey Kalai’s to solely represent Malaysia at ‘ONE: Battle for the Heavens’ 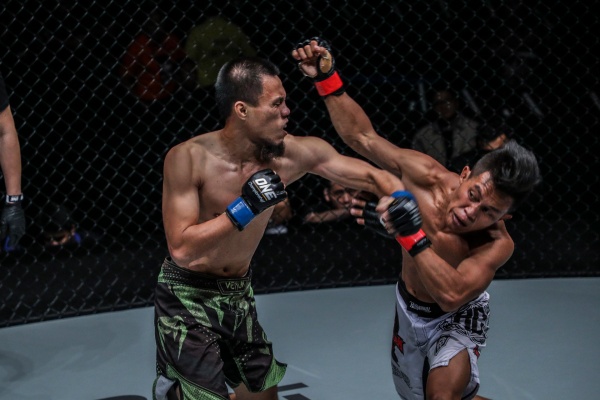 Taking place at the Guangzhou Tianhe Gymnasium in Guangzhou, China on July 7, 2018, “ONE: Battle for the Heavens” will feature seven mixed martial arts matches and three bouts under ONE Championship’s striking-only league ONE Super Series. Among the 20 fighters on the card, Eddey “The Clown” Kalai, 36, is the sole representative of Malaysia.

Fighting out of Sabah, Malaysia, Kalai was not successful when he made his ONE Championship at “ONE: Global Superheroes” on January 26, 2018. “ONE: Battle for the Heavens” will allow the two-time Southeast Asian Games Boxing Bronze Medalist to redeem himself as he returns for his second bout in the promotion.

Kalai is set to face Peng Xue Wen, 21, of China at “ONE: Battle for the Heavens.” They will compete in the strawweight division whose reigning champion is Yoshitaka “Nobita” Naito, 32, of Japan.

The Sabahan MMA fighter comes from a long line of boxers. After several years spent on the regional boxing circuit, he became intrigued at the prospect of competing in MMA.

In 2013, Kalai made his debut in the cage by taking part in a national amateur tournament. Although he lost, he was instantly hooked and decided to dedicate himself to training in all disciplines and adding new tools to his strong boxing base.

After 10 wins as an amateur with 8 stoppages, Kalai turned professional. Now, the Sabah native finds himself in a promotion with the world’s best martial artists.

“ONE: Battle for the Heavens” will be headlined by Yodcherry Sityodtong, 19, of Thailand and Kai Ting “Killer Bee” Chuang, 23, of Chinese Taipei for the inaugural ONE Super Series Kickboxing Atomweight World Championship. ONE Championship chairman and CEO Chatri Sityodtong stated, “World-class martial arts makes a triumphant return to the beautiful city of Guangzhou with another spectacular event.”

Ticket information for ONE: BATTLE FOR THE HEAVENS is available at www.onefc.com.